Are All Stem Cells Equal?

Stem Cells are not all equal.  A Stem Cell starts out as a universal cell, this is called a Totipotent Stem Cell.  It can divide to become any other cell in the body.  But as it divides, it becomes specialized, first as a Pluripotent Stem Cell, and later as a Multipotent Stem Cell. So when we’re thinking about what’s the most powerful stem cell therapy, it’s really being able to get these pluripotent stem cells (this is with current technology) and inject them where they’re needed.

Let’s say, for example, you take Multipotent stem cells which are programmed to become skin cells, but now you inject them into the thyroid. Let’s say that you were trying to regenerate the thyroid gland, well you would cause a lot of harm to your thyroid by doing that. Because the stem cells that are designed for the skin will not become thyroid cells and you will end up with a very serious health condition.

One of the conditions is disfigurement actually, this happened during some research into using stem cells as a treatment for Parkinson’s disease. 30% of the time people were disfigured by the therapy. This is among many reasons why most stem cell therapy has not been approved by regulatory bodies in the European Union and the FDA here in the United States.

This becomes perhaps even more challenging when we think about it where we ask if we could we take stem cells from our body and inject them to an injury site where they’re needed? This is actually being done today, but you can see that if you extract the wrong stem cells, this is going to lead to a lot of problems. This is probably perhaps obvious then that stem cell therapy has become very controversial as a result of some of these side effects, and some of the implications.

This is not to be taken lightly, given how expensive stem cell therapy can range from anywhere from thousands of dollars to tens of thousands of dollars. With the safety concerns, the high risks, questions of efficacy, the legality, wouldn’t it be much better to have a way to activate the stem cells that are already in your body? Your body already has these stem cells but as we age they become less active and less effective.

So what if there was a way to stir up these stem cells and make them active again where you could heal the way that you did when you in your 20s? How could we do that? This approach would obviously be very safe, be highly effective, and also inexpensive compared to other methods available. The first and the most important thing that the X-39 stem cell patch does is to reset your own stem cells and get them to act like younger healthier cells. This is why the X-39 technology is so advantageous.

If we get the stem cells acting like younger healthier cells, the body is going to heal more rapidly.  The X-39 has many more benefits, you can read about them in the testimonials on these pages, and future posts will describe them in more detail.

Your Health is in Your Hands: The Three Reasons You’re Not Well and What to Do About It 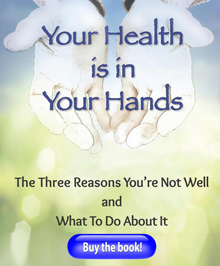